I am 5’7” tall- if I stand really straight- and I weigh 132 pounds.  As a former police officer, there were many, many times that I ended up getting into altercations.  When you’re my size, and you tell somebody that they are under arrest, and they know that means they are going to end up going to prison for the next ten years, they tend to look (literally down) at you and think, “Hmm… if I get through this little guy, I don’t have to go to jail.”  By default, that means I have a lot of real world experience with self-defense scenarios!  In fact, my first call, straight out of the police academy, involved a man who had just received his final divorce decree, and his now ex-wife had called the police saying that he was at the house and he was going to kill her.  After I arrived on scene, I was fighting with the perpetrator within seconds, and I learned quickly that a lot of what I had been taught about self-defense worked in “theory,” but it did not work in “practice.”  I spent the next several years honing, refining, and learning how to bridge that gap between theory and reality.  (That was the first time that I was involved in a real world home invasion / self-defense type of scenario.)

As a martial arts expert with over thirty years of experience, and black belts in several different styles… who is a former police officer… who now runs a full time martial arts school with over 450 students… I bring real world experience, along with my martial arts expertise, to you in a fully featured package.  The Home Invasion and Tactical Urban Survival (H.I.A.T.U.S.) course provides you with a holistic approach to safety both in and outside of the home.  It is composed of over 7 hours of the most common attack/response scenarios and thorough training in regards to real world dangers.

Additionally, the HIATUS Network continues you down the path and provides you with weekly instructional videos that can help you feel safe, be safe, and stay safe.

As a professional martial artist, I was inducted into the United States Martial Arts Hall of Fame in 2006 and Action Magazine’s Hall of Honors as a Master Instructor in 2008.

I have worked as the Executive Director of the Community Anti-Drug Coalition of Hampden County.  I sat on the steering committee for the Partners In Prevention, a group initiated by the Massachusetts Interscholastic Athletic Association; I was the faculty advisor for Tunxis Community College’s Christian Club, I was the Vice-President of MADD Massachusetts (Mothers Against Drunk Driving), and I was a member of the Hampden County District Attorney’s Task Force On Domestic Violence.  I am a licensed and experienced social worker.

I am thankful for all of the blessings that have been entrusted to me, and I hope you enjoy the training, as I greatly want to give back and help others learn to live healthier, happier, safer, lives.

I’ve learned firsthand how criminals choose their targets… and how people can be less likely to become victims of violent attacks, home invasions, and robberies.Darin Reisler, Creator of HIATUS 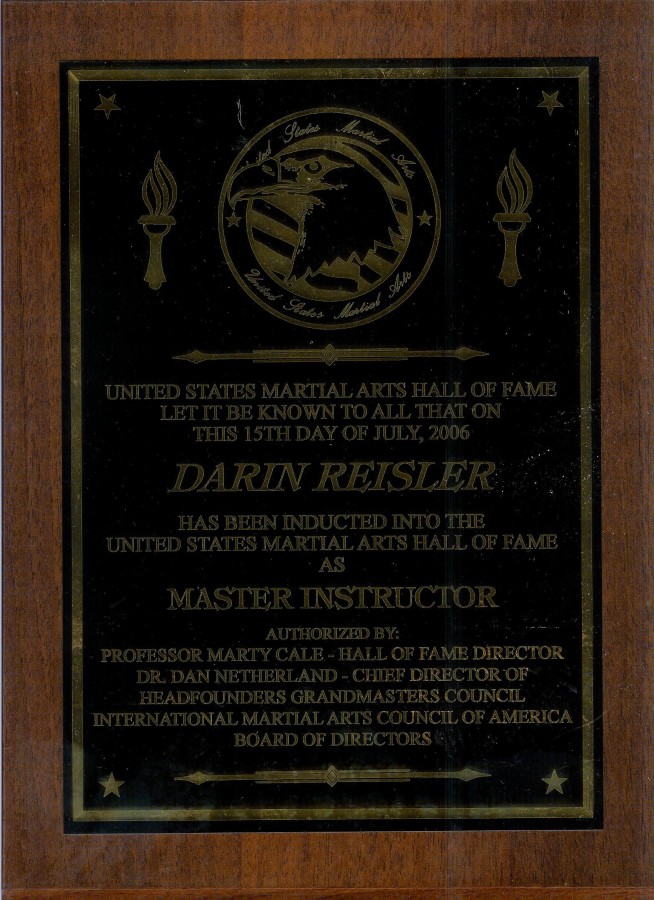